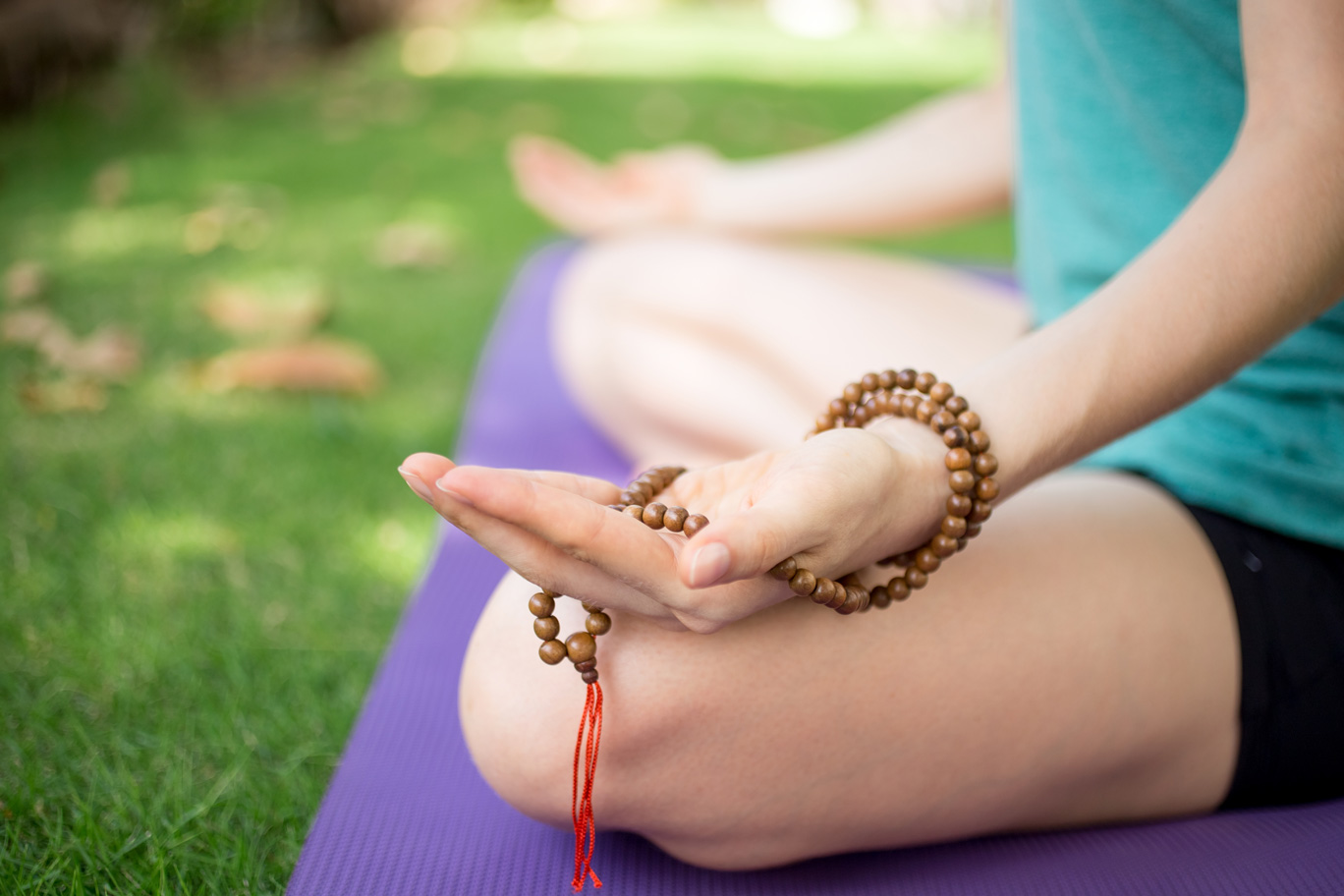 A mala is a single strand of beads used to keep track of how many times you’ve repeated a mantra, prayer, or other positive affirmation. Practitioners use malas to count breaths or a series of yoga poses. Mala beads are also called mantra beads, meditation beads, or Buddhist prayer beads. They can promote inherent healing and also provide metaphysical energies through physical contact with specific gemstones.

They also stand as a beautiful piece of jewelry that is a reminder for the wearer of their intentions and goals even when not performing yoga or meditating.

There are 108 beads in a traditional mala. Half malas have 54 beads and wrist malas have any number of beads as long as they can be multiplied to equal 108.  The number 108 has been a powerful number in India for centuries.

Crafting Your Own Mala Beads

There are benefits of making your own set of mala beads and of writing your own prayer or mantra to go with them. First, you control every aspect of their creation, from bead and string selection onward. Second, writing a prayer yourself can be spiritually as well as creatively fulfilling. And third, you can incorporate beads that have special significance to you and your intentions.

Make Your Own vs. Buy Your Own

You may find it easier to purchase a ready made set of mala beads. They may have unique qualities that may be difficult to source on your own. For example, the mala beads from One Lucky Wish contain beads that are rare and hard to find in your local craft store. Speaking for myself, the quality and craftsmanship of our artisans far surpasses my own abilities. Furthermore, many of the artisans we work with from Tibet and Nepal are lifelong spiritual gurus and they infuse positive intentions and prayers into each bead during production. This adds a unique and distinguishable quality that is hard to replicate at home.  However, as they say, practice makes progress, so don’t shy away from giving it a try!

How to Make Your Own Mala Beads

The first step is to brainstorm a bit on what you want your beads to relate to. For instance, the rosary used by Catholics uses repetitions of five different short prayers, such as the Our Father and Hail Marys. Wiccans may use sets of beads that represent the four elements or the triple goddess. A Norse Heathen could pray to deities related to the days of the week or recite the names and descriptions of the Nine Worlds. There are Buddhist, Hindu, and Islamic types of prayer beads as well.

The most common beads used in malas are wood, seeds or semiprecious gemstones. For example, in India, it’s common to find malas made with sandalwood and rudraksha seeds. In Nepal, you could find malas that incorporate bodhi seeds and lotus seeds. The materials you choose to use play a large part in the energy, spirit and healing beliefs of your mala. The beads are most commonly 6mm, 8mm or 10mm rounds. Of course, you can choose whatever size works best for you.

Create Your Own Mantra

Next, brainstorm what you want each prayer to look like. This could take the form of a short list of deities, virtues, or concepts, with related words under each one. You could write your prayer before creating the bead set, or just have the list of concepts in place and create the prayer afterward. Do what feels right for you.

Once you have a meaning for each of the large beads, and a specific number of both prayer-related beads and “spacer” beads – more on these in a moment – you’ll want to decide on materials. 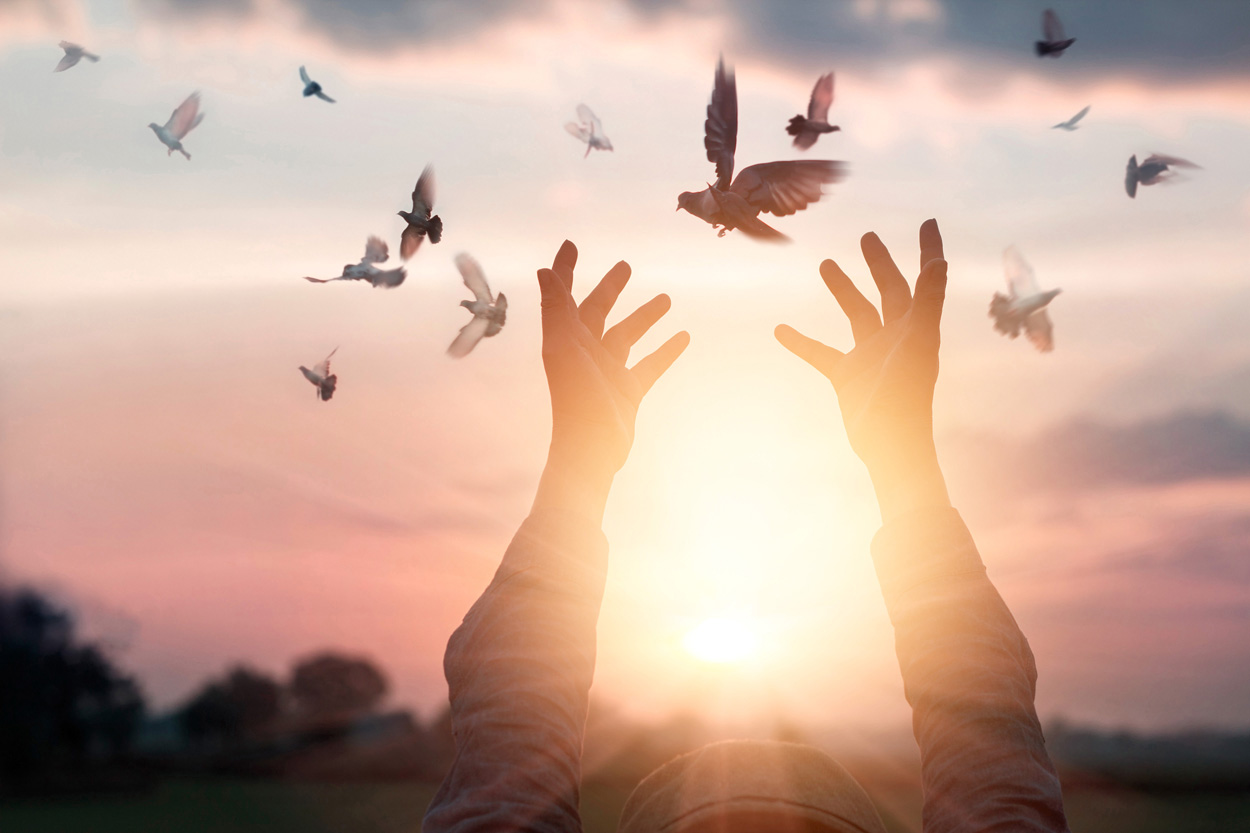 Beads range from wood to glass to semiprecious stones, with a wide variance in price. Some may want to go to a bricks-and-mortar bead shop to look and feel different types of beads. Others may purchase them online to save money. Many sets of prayer beads have a larger pendant at the bottom, for example a tassel or crucifix. This can be a final “signifier” that is focused on in meditation at the end of a prayer session. Whatever you decide, keep in mind the size of the cord, string, or floss that you’re using and make sure it will fit through the beads’ holes.

You may want to work with hemp cord, embroidery floss, or another sturdy type of string, since you’ll be handling these beads on a regular basis. You may style them after rosaries, which often use a thin type of wire, but if you do, you’ll need extra tools for crimping and finishing the sets. Before you start stringing anything, decide if you’re going to make the beads in the form of a necklace or a single long string, and plan accordingly. If you’re using something thinner like embroidery floss, using a needle will help you string the beads.

You should use smaller “spacer” beads between the beads that signify a recitation. The size or texture difference with the “signifier” beads does not have to be extreme, but it should be enough of a difference that you don’t have to look at them to be certain where you are in the list, since many like to pray with their eyes closed.

There are many ways to handle the beads and recite the prayer(s). You might wear them around your neck and count downwards toward a pendant from either side, or you might hook one end of the loop or strand around a thumb and count them up your arm. You are only limited by your imagination. 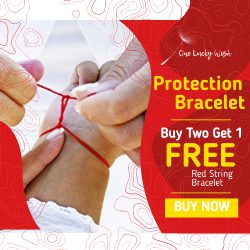 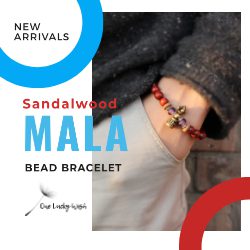