Red String Bracelets: What’s the Meaning of the Tradition 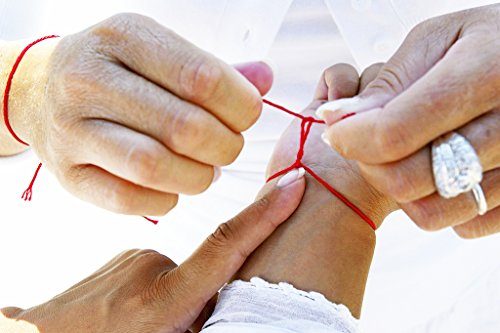 The red string has for long been used as a protective measure against the evil eye. But before going
into the details of this tradition, we will first have to understand its need. And that brings us to the
concept of the evil eye.

So, what is the Evil Eye?

The meaning of the evil eye is not that difficult to understand. It is a malevolent glare that is so
powerful that it can bring bad luck and misfortune to its target. References to the evil eye can be
found in all major cultures, even in the Bibles Old Testament. The belief linked to the evil eye is so
deep-rooted that different cultures, including the Kabbalah school of thought, created rituals,
talismans, and amulets to ward off its impact. The red string is one of the most popular of all the
protective measures we have in place against this curse.

More About the Red String

So, basically, this crimson or scarlet band is a talisman worn to shield oneself from anything evil. It is
a Jewish folk custom and is regarded as one of the most impactful ways to dismiss the impact of the
evil eye. The tradition is linked to Judaism.

This string is usually made of thin wool thread and is wrapped around the wrist. According to
Kabbalistic beliefs, the one who wears this red string is regarded as the spiritual body’s receiving
side. The string has to be worn on the left wrist.

However, the string can’t be wrapped around one’s wrist informally. There is a proper ritual that is
to be followed. For instance, it is mandatory that the string is given seven knots. After that, Hebrew
blessings are offered to it for its sanctification.

Although the custom is extremely popular, it doesn’t find mention in the Torah, Halacha, or Kabbalah
scriptures. So, it’s possible that it is more of a popular belief than one granted by the scriptures.
Even today, you will find peddlers selling these strings for tourists and pilgrims in Israel. But the
custom has transcended its place-of-origin&#39;s boundaries. And a lot of people from across the globe,
including celebrities, have embraced this tradition and are seen sporting these auspicious red strings
tied around their wrists.

10 Lucky Symbols That Can Attract Good Luck for You