The Enlightening History and Origin of the Red String Bracelet 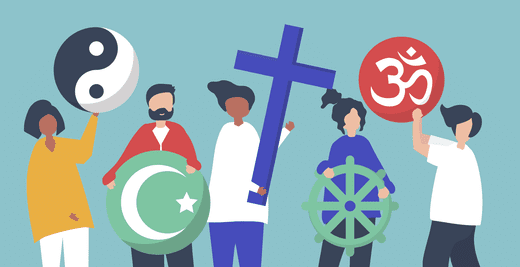 For centuries, the Red String Protection Bracelet 🎀 has been worn as a symbol of protection, good luck, connection, faith and strength. Various cultures might have different views about the red thread, but they are similar, as the red thread makes for a powerful bracelet.

Wearing a red string bracelet around your left wrist is a tradition used to ward off misfortune and darkness brought about by the evil eye.

It is believed the left side of the body is the receiving side, so wearing it on your left side allows for the receiving of good fortunes and luck to come to us.  In order to become successful and achieve all of your goals, you need to protect yourself from the evil eye. Negativity, bad feelings, and the evil eye of people around you may affect you carelessly; unintentionally, or on purpose.

When the red string bracelet breaks or falls off, it is said that it has deflected and absorbed all the negative energies, and can no longer hold any more. It has done its job, so do not be concerned. Tie another one on your wrist as soon as you feel ready.

Over a period of time, people have also started using the red string bracelet  as a reminder of not being alone and a sign of being loved, safe, and supported. It helps them in remaining positive even during adversities.

Generally the red string bracelets were worn by practitioners of four different faiths, Hinduism, Kabbalah, Buddhism and Christianity. It is often made of thin wool, some may have knots tied into them, and some include beads or ornaments like the evil eye or Hamsa as an added symbol of protection.

The red string has originated from various cultures, namely Hinduism, Buddhism, Christianity, Kabbalah, and ancient Chinese legends. In Hinduism, men and women wear the red string of fate as a symbol of good luck and protection. It is tied during various celebrations and rituals.

Also known as the red kabbalah bracelet, it is worn by people following Judaism. As per the Hebrew text, Rachel, mother of Joseph, was infertile till she gave birth to Joseph. She passed away while giving birth to her second son, Benjamin. She is revered as a holy mother figure, and people tie a red string around her tomb seven times to infuse it with the energy of protection and luck. After unwrapping, the string is cut into bracelets and tied on the left wrist. It is believed that the bracelet wards off any evil.

In Buddhism, Lam blesses the thin red string of fate, and it’s handed to students and practitioners accepting vows. It is believed that the red cord brings luck and offers protection.

As per the Christian beliefs, the red thread symbolizes redemption. A scarlet thread around hands of Biblical figures Pharez and Zarah appear in Genesis 38 in the Bible.

As per the Chinese legend, the red string of fate bracelet is an invisible thread that ties together all those whose lives will intertwine. The Chinese God of marriage, Yue Lao, governs it.

The cultural practices have now altered over time into modern practice. The meaning of red bracelet might be different for diverse cultures, and it is up to you to derive the true meaning for you. But for everyone, it symbolizes protection, luck, and connection.

5 Useful Tips on How to Save Money on Jewelry

The Power of Crystals for Physical, Spiritual, and Emotional Wellbeing