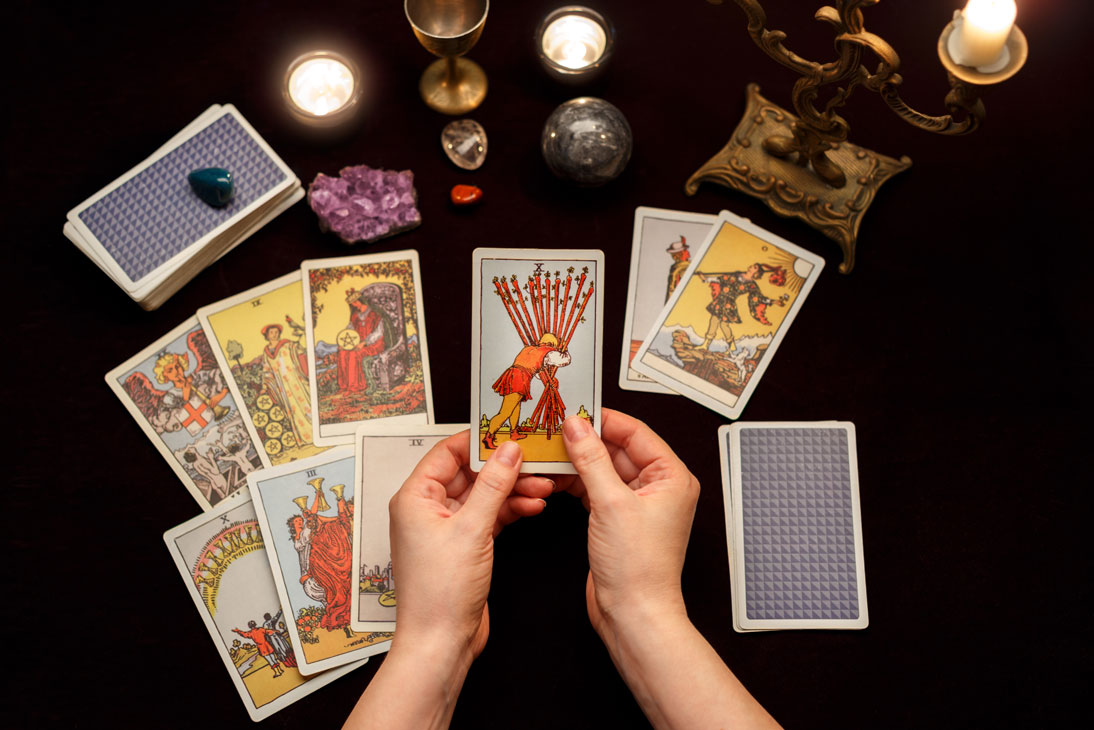 Tarot cards are a tool used to powerfully align you with your higher self and life purpose. Tarot cards allow you to communicate with the Source Energy and access your intuition, and strengthen the innate psychic abilities that is inborn within us.

The association most people make at the mention of Tarot cards is the one of the gypsy lady, sitting behind her crystal ball in her dimly lit tent of mysteries, willing to – for a fee – “look into your cards” to divine your future and tell you of the boons or banes awaiting you. This stereotypical cliché is of course quite off the mark in regards to the reality of how most Tarot decks get used on a day-by-day basis in our world.

Everybody’s ‘Tarot journey’ starts off differently, and not all people get into it for the same reasons. Some common denominators among people who feel drawn to it most likely include an interest in at least one of the following areas:

Most people who buy a Tarot deck for themselves will most likely use it for self-improvement and divinatory purposes. There are of course as many uses for these 78 cards as your imagination will allow. Here follows a list with 5 alternative uses for your deck of Tarot cards. 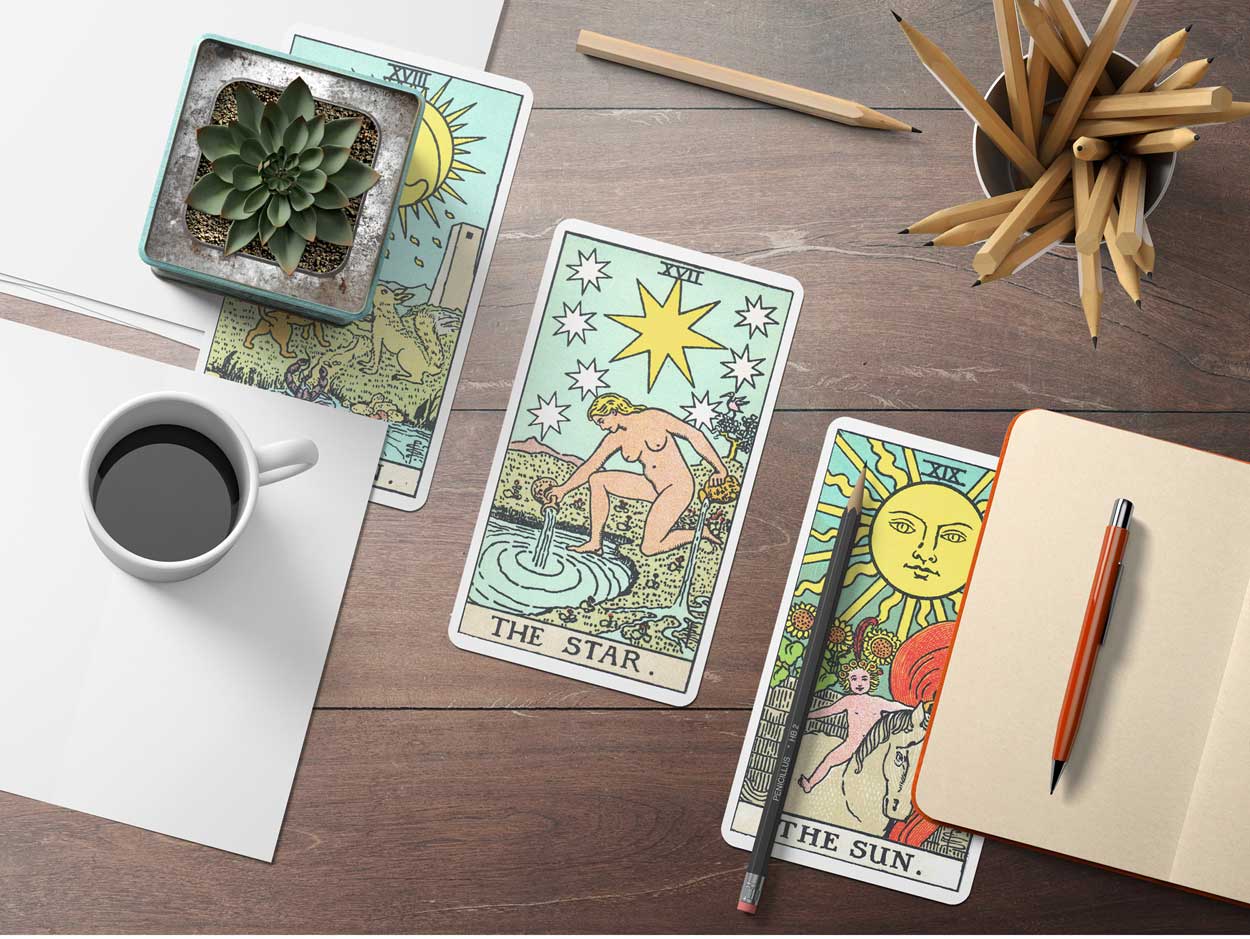 Journaling allows you to create deep, meaningful and personal connections with individual cards. It is picking a card (or several) and sitting with it, exploring it, pondering and analyzing it, all the while writing down your observations and conclusions.

One of the most effective ways to learn about the cards is to actively engage your intuition and imagination and really think about what a specific card could mean. To get to know the very basic interpretations of cards, it is advisable to have a leisurely look through a book of Tarot card meanings or to take advantage of one of the many free sites online who will have quite comprehensive lists of card meanings.

What these “basic meanings” and keywords will provide is a starting point, from where your own mind can be allowed to continue, in tandem with your intuition, to sketch out a slowly broadening understanding of each card.

Instead of using the cards, as in the above tip, to dive deeper into the cards’ meanings, this application of the cards has you instead using them as guideposts to point you in a certain direction in your own creative art form.

Use it to overcome a nasty case of writer’s block 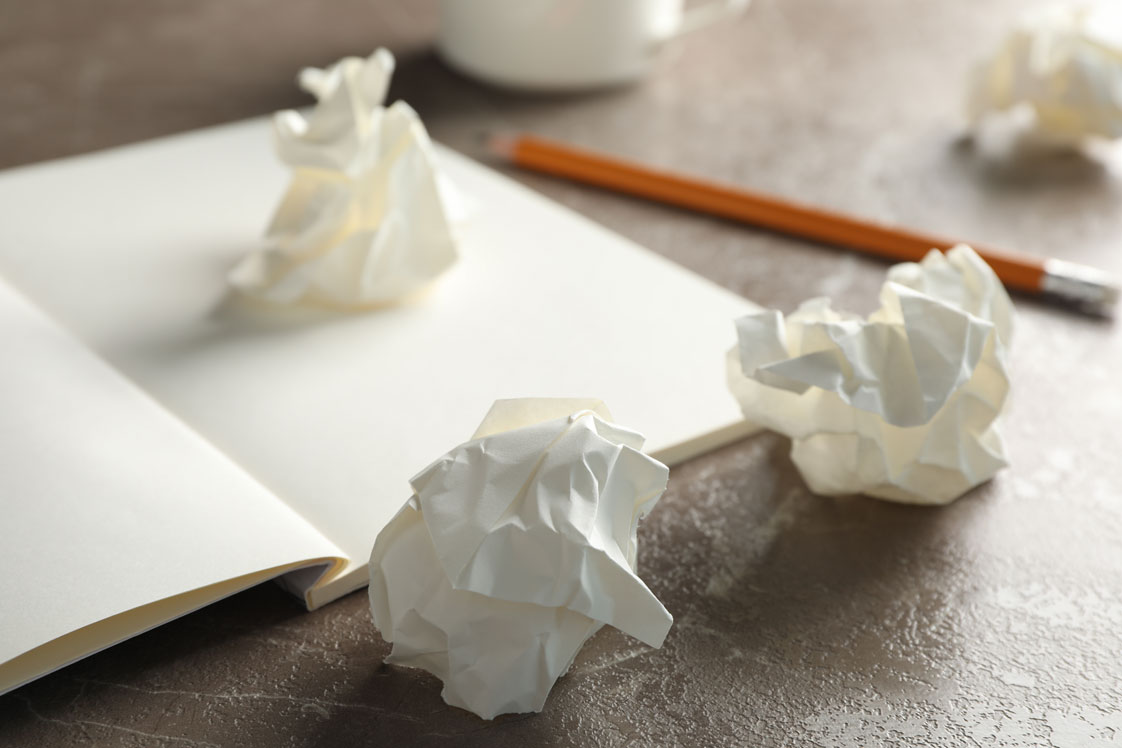 Don’t know what kind of a challenge your protagonist should face next? Pull two cards and let an idea form around them. Let’s say you pull ‘5 of Swords’ and ‘9 of Cups’. Some traditional meanings for these cards include; “conflict” (5) and “satisfaction” (9). Well then your protagonist might end up in a heated argument, a battle even. From which he will emerge with newfound pride and a sense of accomplishment. And ‘then what?’ I hear you ask. Pull another card for the next prompt; ‘Ace of Pentacles’. A new business opportunity or new direction in the story presents itself to the protagonist and now he stands before a choice…

Pathworking is a broad term used for working more directly in an imaginative way with the cards. The most common approach is as follows: Pick a card (preferably a Major Arcana card) and set it in front of you. Now try to project yourself into the card. You can see the edges of the card as a doorway into another dimension – the universe of the Tarot.

This approach is highly intuitive, and there’s no right or wrong way to do it. Simply meditate on the card and let the process unfold naturally. Do this for at least 15 minutes with a card and see if you can gain any insights. Some advise doing this exercise with all the Majors in order; starting with The Fool, ending with The World.

Regardless of level of experience, for anyone practicing, or looking to start practicing any form of magick (which is just a term here used to explain the practiced, more conscious use of our focused attention, will-power and intention than what we normally employ on a day-to-day basis), Tarot cards can be used in one of many ways to strengthen that practice; as “significators” or “placeholders” for certain energies or intentions, as sigils or ‘talismans’ set to represent a certain energy or aspect or even to draw a random card as a ‘message from the Spirits/your higher self’.

Specific cards represent specific energies, ideas and concepts. Quite quickly – if continuously pursued – you will start to develop a personal symbolic language to allow your own subconscious to bring you more and more precise information. Don’t underestimate the potential you have to gain knowledge and insight in this manner. The cards, in this context, help to keep your intentions clear.

Again “right” and “wrong” approaches are not for anyone outside of yourself to decide. Do what feels right for you. Don’t be afraid to experiment. We are all magicians already, casting this reality into existence with our words and intentions. A structured magickal/energetic practice just has us endeavoring to become increasingly aware of, and adept at this highest of arts. 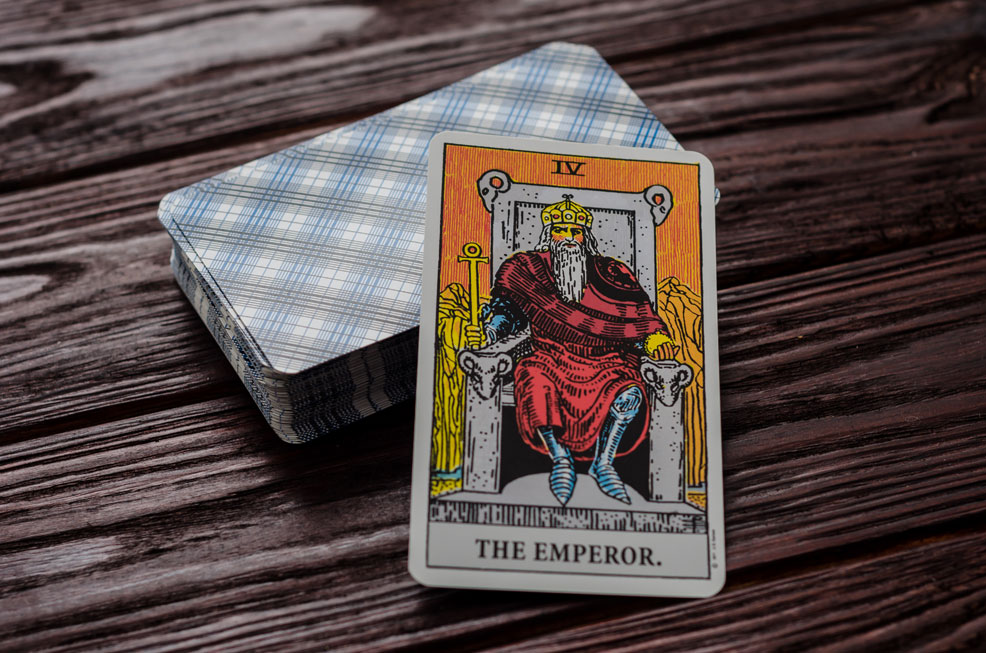 To end on a less dramatic note, this last idea is all fun and games. It might not even seem so ‘alternative’, since the cards – in fact originally playing cards – were originally created to play a sort of trick taking game in 15th century Italy, called Tarocchi. Rules for this game can easily be found online. The Tarot deck – with Majors removed – quickly converts to a normal pack of playing cards (although with one more court card per suit) and can thus be used to play anything from Poker to ‘Idiot’.

Another less-competitive idea is to (borrowing from #2 – Inspiration for Creativity) in a playful way tell a story with your friends, where one ‘player’ starts the game by taking a card and freestyling for as long as they are able and willing. Then the next ‘player’ takes another card at random and continues the story. And on and on, until the story naturally concludes at some point.

Furthermore, by brainstorming a bit on this idea, combining elements of ‘Pictionary’ and ‘Alias’, you can easily create a similar game of ‘guessing and explaining’. For instance you could flip up 4 (or more) cards and have one team or player describe one of the cards with a single word or a single sound, the others having to guess which card is being described. In this game you can easily see how differently everyone interprets images.

Dig Deeper Into Your Subconscious

Tarot cards can be a fantastic tool for gaining a deeper understanding of the language of your subconscious mind. It is very much akin to learning a new language, and depending on how much time you are willing to invest and what your ultimate goal in using the cards are, you can gain immense benefits from learning to work with the cards and trusting the guidance you receive from them. And as made apparent here, the only limit to how you work with the cards is your own imagination. Most importantly, don’t forget to have fun and enjoy your unique Tarot journey!

As outlined in the Daily Tarot Girl’s List of Tarot Card Meanings.

* Image is from The Rider-Waite Tarot Deck, published by US Games Systems, Inc.

How Taking One Minute Meditation Out of Your Day Can Change Your Life.

Hygge: The Cozy Lifestyle That Will Help You Survive Winter